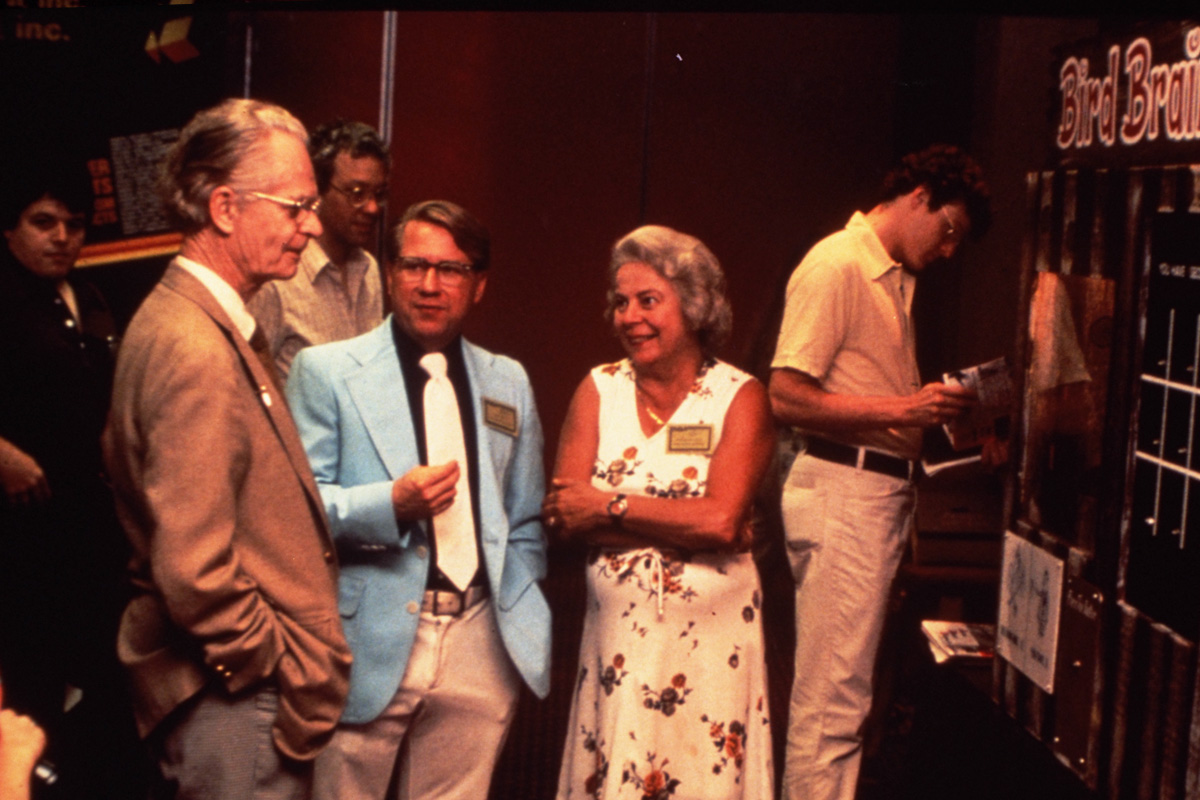 Operant Conditioning – Who, What, How?

Operant Conditioning was hidden behind Classical Conditioning.  When Skinner reached the Psychology lab, researchers were running rats through runways, trying to find out what initial stimulus would make them run more and faster.  It was when Skinner put rats into boxes and allowed them more freedom of choice in behavior that he discovered it’s what comes AFTER the behavior that drives it. His discovery pulled Operant Conditioning out in front where it could be seen.  The rats could press the lever, the behavior that got them a piece of food, or they could explore the box, touch other parts that didn’t get them food, or just groom themselves. When the rats pressed the lever and got food, Skinner was able to track the increase in frequency of the behavior that was followed by something the rat wanted. What came before the behavior was not the driver after all; it was the consequences.  B.F. Skinner discovered and named Operant Conditioning and put it to use in changing animal and human behavior.

Working with Dr. Skinner, graduate students Marian and Keller used Operant Conditioning to train reliable behavior with incredible duration on the Pelican Project.  Operant Conditioning allowed them to limit the many options an animal has in its behavior repertoire so the frequency of choice was concentrated into the one behavior they reinforced.  Marian and Keller helped Dr. Skinner develop a viable missile steering system using pigeons that pecked in subtly changing spots to direct a missile to its target, developed on contract with the U.S. government during World War 2.

Operant Conditioning was observed in wild animals as their environment presented choices and the animals chose behaviors that produced positive consequences.  Operant Conditioning never failed in its consistency; when a behavior resulted in an animal being harmed or not getting the meal or mate or nesting materials it was going for, the animal reduced its practice of that particular behavior.  When success resulted, the animal more often used the method that led to them getting what they went after.

Seeing the consistency of Operant Conditioning in nature and in the Pelican Project, Marian and Keller built a business enterprise relying on its systematic use.  Operant Conditioning technology grew as they discovered its applications for many animal species. They trained ducks, chickens, rabbits, raccoons, pigs, dolphins, sea lions, and more for the variety of shows Animal Behavior Enterprises produced all over the world.  The animals were simple to train with Operant Conditioning when they created systems and protocols that were repeatable and consistent between trainers. Operant Conditioning continued to show its laws were consistent and reliable and closely accompanied by the laws of classical conditioning.

Marian and Keller taught humans from all categories, from business people to beginning trainers to the disabled, who all learned control of their own behavior through coaching.  Marian used Operant Conditioning to educate the “uneducable,” the severely mentally disabled. Having a child of her own with this challenge, Marian saw firsthand the need for a better system of care.  Operant Conditioning allowed these individuals to participate at the level they could, learning to do the simplest tasks of feeding and dressing themselves. Some who were previously managed in institutions were able to learn enough skills to care for themselves in group housing.  Operant Conditioning helped some of these disabled people develop their skills to a point where employment and thus independence became available to them, and this set the stage for the development of behavior analysis and its applications in the care of the disabled today. All this research and application occurred during the time Marian and Keller were training animals at Animal Behavior Enterprises – 144 species, likely tens of thousands of individuals.

Bob Bailey joined Animal Behavior Enterprises after serving as the first director of the U.S. Navy’s dolphin program under the tutelage of Marian and Keller.  Continuing to grow the company after Keller’s passing, Bob and Marian found Operant Conditioning helped animal trainers who were already experiencing its effects but were unfamiliar with its laws and how it explained their observations.  Through teaching their Operant Conditioning workshops, they helped students transform their already productive training into systems they could rely on to produce animal behavior of a quality they had hardly dreamed of before.

WHAT IS OPERANT CONDITIONING TO THE ANIMALS?

It’s the way they naturally learn, for life.  It’s a description of animals’ responses to what happens in nature and the process of learning that results.  Trainers can apply what nature has always known: animals will repeat the behaviors that got them what they need.

The bottom line is that Operant Conditioning made possible and showed the benefits of educating those humans and animals that were previously considered “lost causes,” not educable only because the traditional systems of education and training did not work for them.  Changing the behavior of the teachers and trainers was the key. Any animal or human can be taught through the use of Operant Conditioning, as long as teachers and trainers realize the effects of Classical or Pavlovian Conditioning are always happening. Controlling the environment and encouraging voluntary, exploratory participation and selecting the behaviors to reinforce can produce amazing behavioral progress.

WHAT IS OPERANT CONDITIONING TO YOU, THE VIEWER OF OUR FILM?

It’s a toolbox full of the things you need to change the behavior of any animal or human.  The way you arrange the environment and the way you respond to another’s behavior can shape the next behavior offered to you by your subject.  You’re free to choose what you do and so is the animal or human you’re teaching; why not use your behavior to get the behavior you want from them?  Operant Conditioning gives you the principles to do that. For the sake of brevity, we call the combination of operant and classical conditioning, the laws and principles that comprise them, behavior science.  Behavior science offers a complete package, needing no additional tricks or secrets; it’s been tested, it’s teachable, and you can use it to get the results you want. Just pick your subject, choose a behavior you want to accomplish and choose a valuable reward that the subject wants to earn.  Make your plan and give it a try. Adjust your plan to improve your results. It’s that simple; the possibilities are limitless.